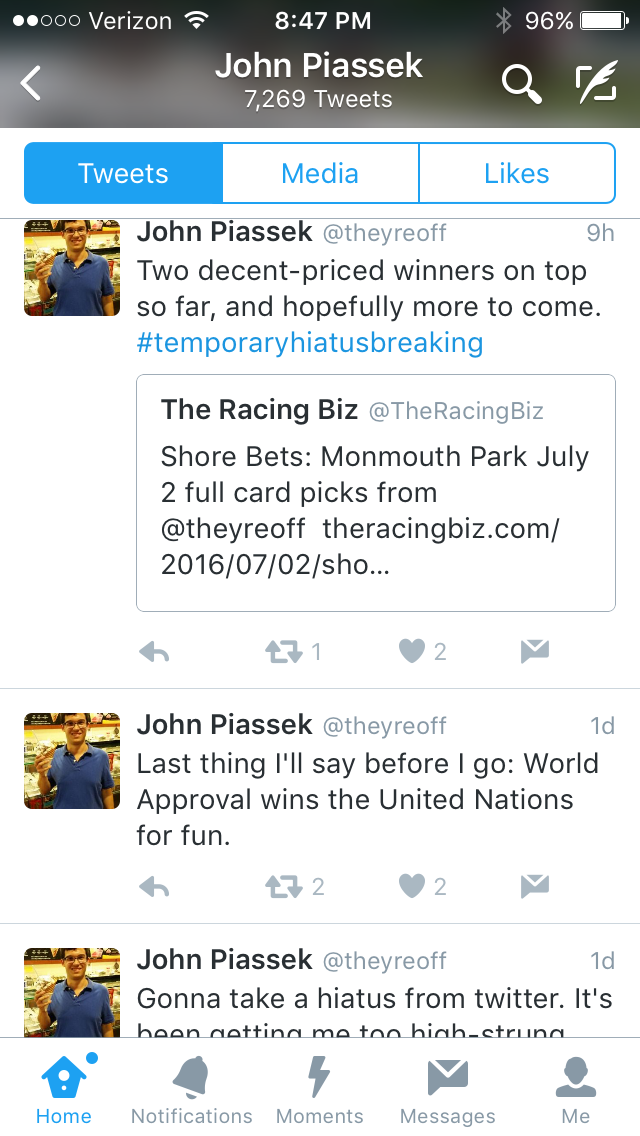 Twitter can get to all of us and I’m a big believer in taking a break.  But Twitter is like the Hotel California.  You can check out any time you want.  But you can NEVER leave.  Unless your Del Mar JJ.  That dude is gone forever.   But young John Piassek announced that he was going to be taking a break and that it was getting to him.  He did fire off a nice selection before he left and World Approval did win the UN.

Then John vanished from twitter.  For 15 hours.  Like anyone who gives out public picks or touts, the need to post about your successes is stronger than any drug.  Stronger than heroin, crack, or coke.  I like to picture John fighting it.  Staring at his phone.  “I can’t, I said I was taking a break.”  “But John, you’ve given out TWO STRAIGHT WINNERS! THE PEOPLE NEED TO KNOW!”