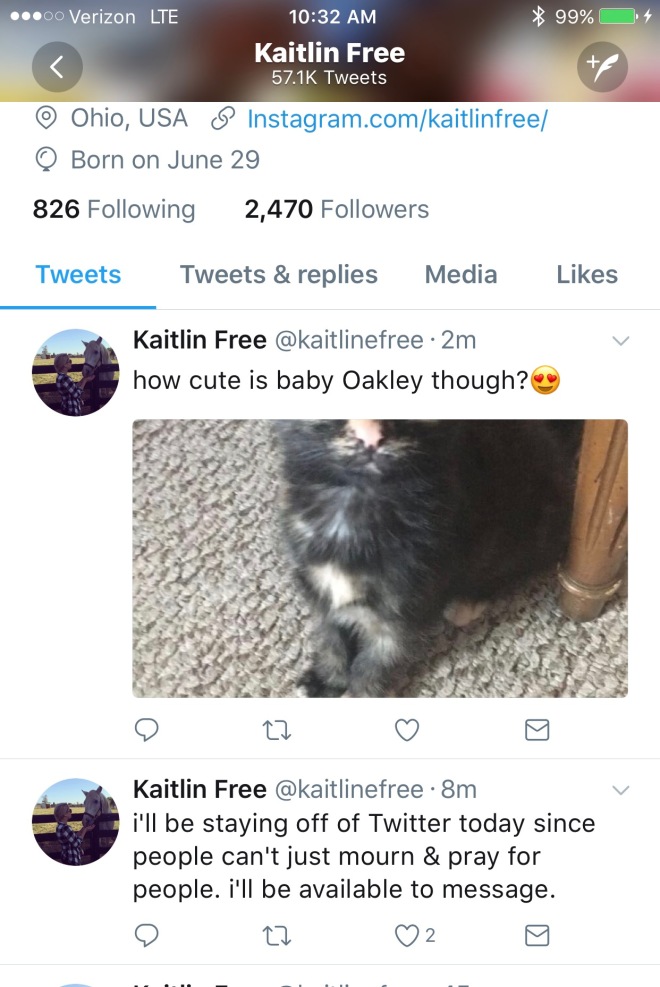 Ahhhh the twitter hiatus.  “I’m taking the rest of the day, week, month, forever off twitter.”   We see it all the time, and NOBODY ever stays away.  Twitter is a drug of the strongest power.

Twitter can be stressful when tragedies unfold cause there’s so much going on in every direction.  Shootings, bombings, elections, all very stressful on social media.  So on October 2nd, the day after the horrendous Las Vegas shooting, Kaitlin decided she needed to get off twitter for the day.  Totally understandable, I often will do the same after tragedies.

So she tweeted out she was going to be off twitter for the rest of the day.  I imagine she put her phone away after sending it and was ready to go about the rest of her day.   But then….ONLY SIX MINUTES LATER……Kaitlin was back.  The urge of posting a cute cat photo proved just too much of a lure to get her back into the craziness of twitter.   So for that complete lack of social media self imposed discipline, Kaitlin is taking home a Beemie!