Sometimes there’s a response that is just so good, it ends the conversation stone cold.  Well @horseuuman did just that back in January.  The always trusty Ed DeRosa tweeted out a stat leading up to the Pegasus World Cup as Gun Runner was assigned a tough outside post.

Ed wasn’t sharing an opinion, just offering up a stat.  Well @horseuuman wanted to voice his support for Gun Runner.

Ed dialed up the snark with the correction, to which, Joe realized he had enough.  So he dropped the mic when responded. 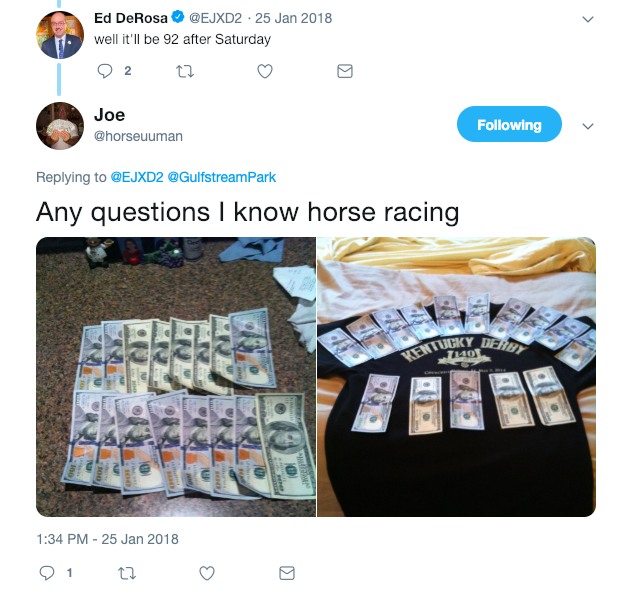 BOOM!!  Random pictures of money including a thousand or so spread out on a Kentucky Derby shirt and all Ed could do was read them and weep!  This just made me laugh so much so it wins a Beemie for the Best Mic Drop!